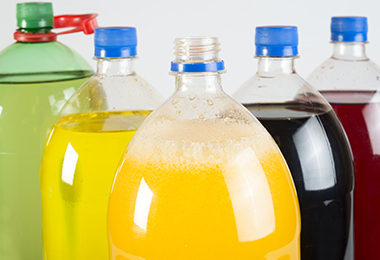 After the parenthesis in April, in May the price of Brent has increased again. 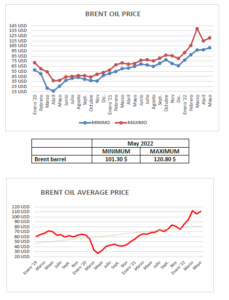 In these first days of June, the trend is bullish and the average price is already close to $120 per barrel.

PET. – In May the price of PET has shown a certain moderation.

In addition, at this time of year the summer campaign for carbonated and mineral waters has fully entered. 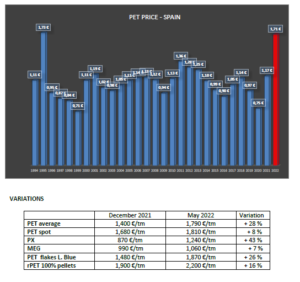 Stagflation.- According to World Bank forecasts, the world is heading towards stagflation, which basically consists of a stagnation or little growth of the GDP and an increase in inflation.

According to the World Bank, this is mainly due to the war in Ukraine and its consequences.

In a few months we have seen a large increase in the price of raw materials and a very important growth in energy costs, causing a slowdown in production systems and a decrease in business margins.

As can be seen in Western economies, inflation has skyrocketed to levels seen decades ago, which is causing some central banks to consider raising interest rates in order to curb inflation; measure that on the other hand will affect investment, decrease in demand and the lower creation of jobs.