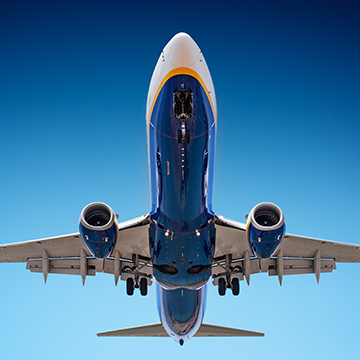 RECOVERY ON THE WAY

PET.-The first month of the year has been characterized by a demand higher than normal and a significant increase in price of raw materials, the more remarkable in the MEG.

Another aspect to note is that the price of PET has been on an upward trend for nine months now and everything seems to indicate that this evolution will continue, at least in the short term.

The price increases for flakes and RPET pellets should also be noted. Regarding the latter, a significant increase in demand is being observed, to such an extent that there are already RPET (mechanical) manufacturers that are “oversold”, some even for all of 2021 and 2022.

According to our estimates, the consumption of RPET in pellets in Spain is around 90,000 tons per year. 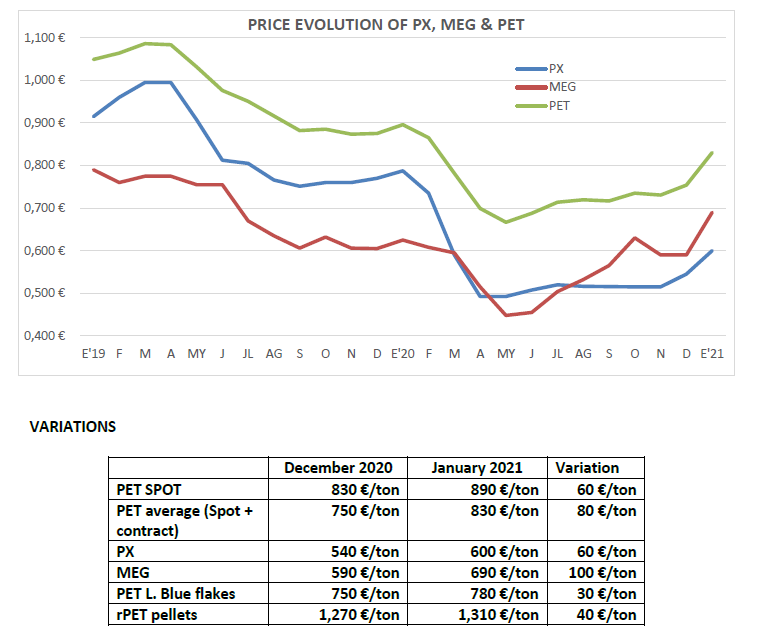 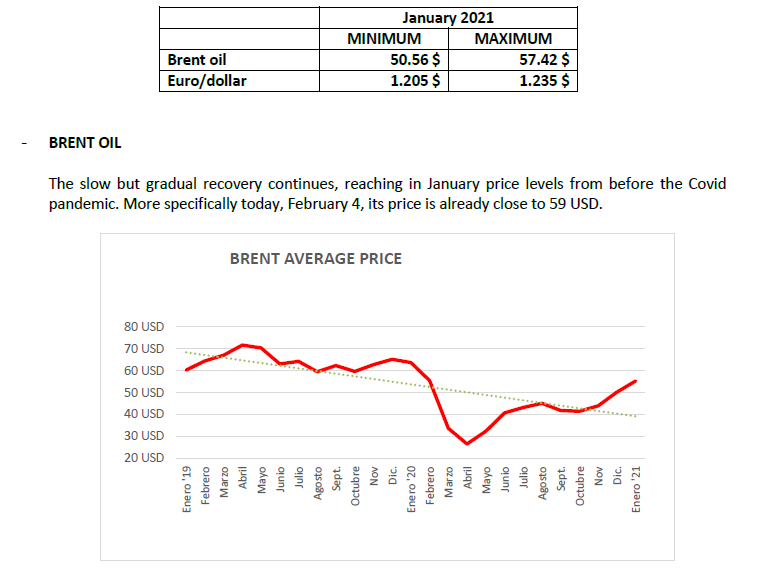 This level of debt is historic because it had never been reached.