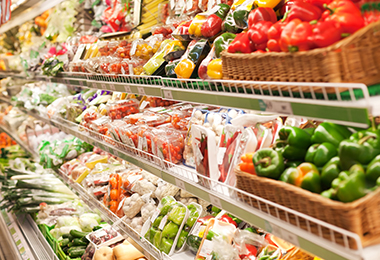 In 2022, sanitary measures to combat the Covid pandemic began to be relaxed in most countries. Along with this fact, the past year was also characterized by the uncertainty generated by the start of Russia’s war against Ukraine.

Europe has opted for the Ukrainian side and this has meant having to face a significant economic and military cost.

Russia, as the war has progressed, has been changing its objective and purpose, to justify its “non-success”, causing a new “cold war” with the West.

At the same time, this year that we have just closed has seen an uncontrolled escalation of energy and oil costs.

These high energy costs have caused the domestic economy of families to suffer strongly, as well as that of companies, which in many cases have seen their continuity and new future projects endangered.

The western economy, starting in the second half of the year, began to show a clear tendency towards recession. The central banks of the USA and the EU began to sharply increase interest rates, which, apart from curbing inflation, caused, as expected, a cooling of the economy.

As for virgin PET, it seemed that it was going to break price “records” and this was the trend until July of last year when it began to drop.

In the first half of the year, the trend of the average price was to exceed the historical “record” of 1995 of €1.73/kg, however, starting in July a decline began which meant that in the end, as a whole of the year, will be at a not insignificant level of €1.62/kg, the second highest price in history.

Another remarkable aspect has been the growing demand for recycled PET in general, and very particularly granulated RPET in its different modalities of 25%, 30% ….. 100%.

The announcement of the implementation of a new tax in 2023 that would penalize the consumption of virgin plastic in containers, packaging, bottles and single-use utensils, began to change the purchasing habits of demand, which has tried to adapt to the regulations to avoid being penalized by said tax.

The implementation of this tax, without any delay on the part of the administration, has meant a great organizational effort for the industries with significant economic repercussions.

Some food organizations, for their part, have quantified the impact of this tax on the shopping basket, at close to 700 million euros, which will have its reading in inflation in 2023. 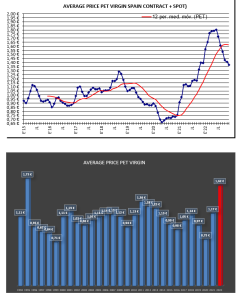 The boycott of Russian oil tankers in European ports and the setting of the maximum price to be paid for Russian crude at USD 60/barrel have favored its decline.

On the other hand, the Chinese economy continues at lower than normal levels of activity, although with a tendency towards a slow recovery.

For now, in the first half of January, the average price of Brent oil remains at the levels of December of last year, although with an upward trend. 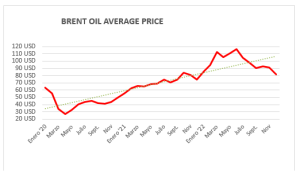 FRANCE.- As of January of this year, France has put into effect the prohibition in restaurants and company canteens, of the use of cutlery, plates and other single-use utensils made of any material. This affects items made of plastic, paper, cardboard, wood, etc.

This means going back to the traditional reusable and washable porcelain, glass or any other type of kitchenware.